Adam Oldfield has an impression of The Dark Side of Comedy

Adam Oldfield’s talent for impressions has drawn him to the dark side, The Dark Side of Comedy. 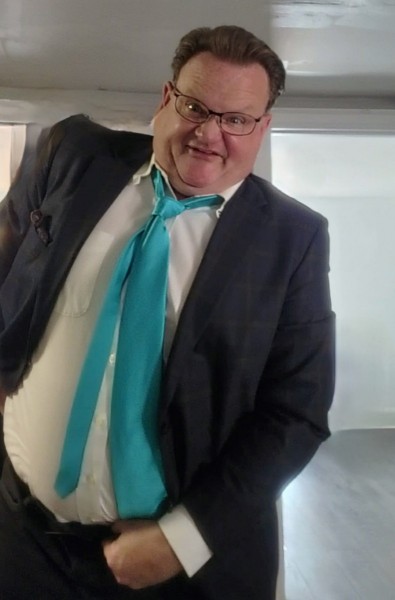 Oldfield, a Mohawk Radio-Broadcast alumnus (’96) and part-time professor in the Radio and Creative Content program, has been cast for a role portraying the late comedian and actor Chris Farley, in a new television series, tentatively called “The Dark Side of Comedy.”

“It’s an honour,” said Oldfield, commenting on the opportunity to portray Farley. “We are talking about a legend in comedy.”

For years, Oldfield has had fun impersonating Farley’s onscreen comedic characters and when an old friend contacted him about this opportunity, he decided to give it a try.

He did a bit of acting when he was in radio broadcasting, had a role on a YTV show called System Crash and did a few commercials but Oldfield was mainly a field announcer with the Tiger Cats and the Toronto Blue Jays. While he still hosts a weekly radio show, Tech Talk, Oldfield’s career has evolved into entrepreneurship, with a number of businesses, including an ad agency. He hasn’t acted in years.

“When I heard about the opportunity, I thought, “Well, this would be a great chance to audition,’” he said. “I wasn’t sure where this was going to go, so, I put the audition in. It was very interesting to see what and how it worked. I went through a series of sessions impersonating Chris Farley and I got to meet the director and went through it.”

Filming for the episode finished up at the end of February and should be aired through VICE Productions later this year. The episode on Chris Farley, who died suddenly in 1997 at the age of 33, is one of several that will explore the challenges and tragedies that have occurred in the comedy scene over the years.

Though he appreciates this opportunity, Oldfield doesn’t have any dreams of leaving his businesses, or Mohawk College, behind. It is another chapter in his evolving career and he credits his time as a student at Mohawk for preparing him for everything that has come his way.

“I went from acting in Radio Broadcasting into entrepreneurship and starting a business by using those skills I had learned in Radio Broadcasting,” he said. “That confidence in my ability and the ideas that I was thinking of and selling those ideas. That was sort of where I got my foundation, from Mohawk College.”