ARIE Fund project is ready for take-off with the help of a few drones. 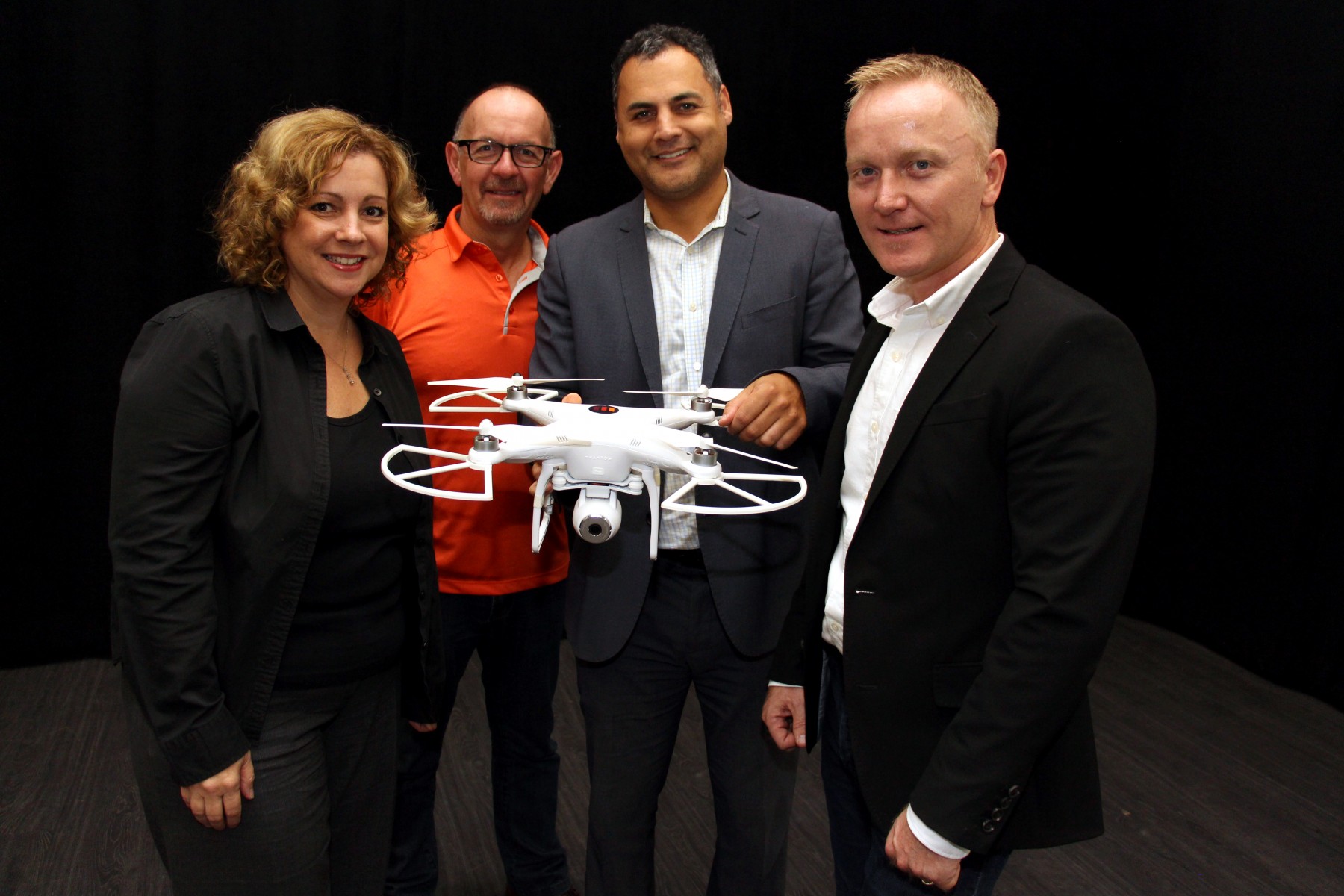 “I’m majoring in Drones” may not be exactly what your parents expect you to go to college for but the cutting-edge field does offer a number of new career opportunities. And a team of professors want to make sure that Mohawk students are ready to work with drones.

Associate Dean Kurt Muller of Media and Entertainment and his colleagues from across the college have received funding from the Applied Research and Innovation in Education (ARIE) Fund to purchase drones for an ambitious cross-disciplinary academic project.

The ARIE Fund project focuses on increasing students’ knowledge and ability around the use and maintenance sUAV (small Unmanned Aerial Vehicles), also known as drones. This project will be the first partnership between Mohawk’s programs in aviation, journalism, creative photography, broadcasting, and television and communications media. The project will include a focus on training aviation students to provide maintenance and repair to the drones, and training media and entertainment students in the use and operation of drones.

The applied research will be led by Mark Laurie, PRT Aviation, who will focus on developing UAV technology knowledge. The pedagogical focus of this project will be led by Sue Prestedge, Journalism Coordinator; Scott Kenney, Creative Photography Coordinator; Tracey Kadish, Television: Broadcasting and Communications Media; Mark Laurie, Aviation; and Kurt Muller, Associate Dean, Media and Entertainment, who will support students as they receive training in the operation and maintenance of the drones. The project will also partner with Waterloo-based drone manufacturer Pointer Avionics. Pointer Avionics is also working with Continuing Education to offer a course in drone flight training.

The project will provide aviation technicians and media communication students with a competitive edge over graduates at other colleges who have not received this training. It is also the first step in the development of a post-graduate diploma on the use of drones and other camera technology.

ARIE Fund project is ready for take-off with the help of a few drones.