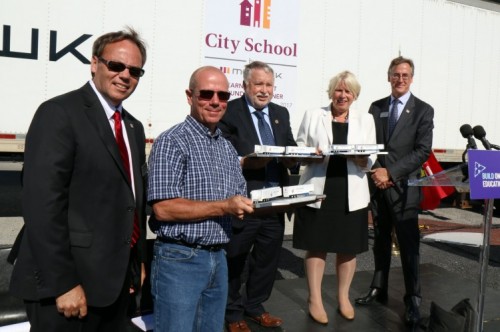 Mohawk College is taking City School on the road thanks to a $1.6 million investment from the Ontario government announced this morning by the Hon. Deb Matthews, Minister of Advanced Education and Skills Development. The Minister was joined by MPP and Mohawk Alumni of Distinction recipient Ted McMeekin, East Hamilton resident and Sherman Neighbourhood Hub member Steve Calverley, Mohawk Dean Jim Vanderveken and President Ron McKerlie.

The Province’s investment allows Mohawk to expand City School beyond its two current locations in downtown Hamilton and the city’s North End and also launch a mobile classroom next year.

Putting a college education within reach of everyone in the community is a strategic priority for Mohawk.