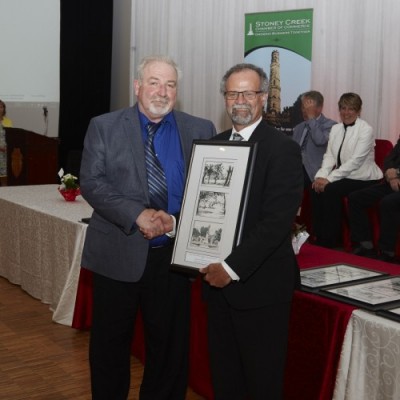 The Stoney Creek Chamber of Commerce presented Mohawk College with a Legacy Award at its 2017 Community Achievement Awards Gala held on Wednesday, May 17. The award was presented in honour of Mohawk's 50th Anniversary. Accepting the award on Mohawk's behalf was Wayne Ostermaier, Acting Dean, School of Skilled Trades.