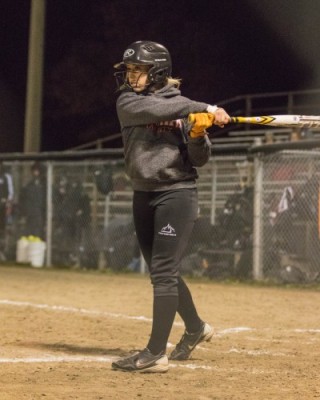 Congratulations to Shelby Hayward for being named to the Ontario Colleges Athletic Association women's Softball All-Star Team. Shelby broke many team records this past season. She had a record 82 at-bats, 38 hits, seven triples, and On Base Percentage of .506. Shelby also now holds several career team records. She has 68 hits, seven doubles, 14 triples and .477 On Base Percentage.