Special Olympics All Ontario Student Athlete of the Year 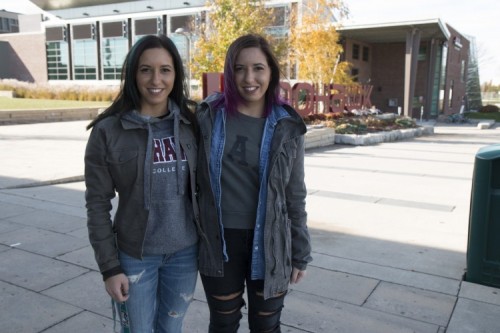 Being the fastest and the fittest is what motivates Mohawk student Talin Najarian, Special Olympic Ontario’s All Ontario Student Athlete of the Year for 2016.

Originally from St. Catharines, Ontario, Talin started at Mohawk in the Career Pathways program this Fall. Her twin sister Tanya also goes to Mohawk and is enrolled in the same program. Competition is a part of life for the twins. Talin says they are always racing, even it’s just up a flight of stairs.

“We’re both competitive but she’s definitely the faster one,” says Tanya.

Talin got involved with Special Olympics Ontario in Grade 10 while a student at Governor Simcoe Secondary School in St. Catharines. She’s kept at it for last seven years, competing in a number of different sports including running, shot put, long jump and soccer.

Running is her favourite sport to compete in with the 100 metre being her best distance.

“I like being fit and enjoy the competitive side of it too,” says Talin, commenting on what has drawn her back to the sport year after year.

Talin is the first to receive the Student Athlete of the Year Award from Special Olympics Ontario. The award is in recognition of her achievements over the years.

What next? Talin says she plans to finish the Career Pathways program and then enrol in either the Health, Wellness and Fitness program or the Police Foundations program.