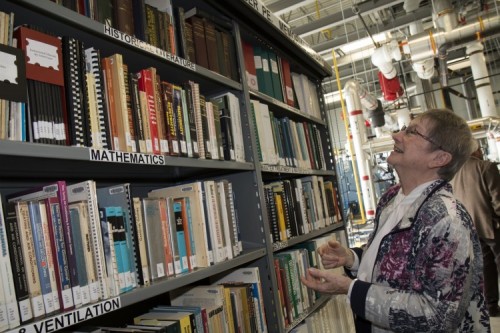 Pat Fraser says her late husband John hated school so much he dropped out in Grade 10. It wasn’t the learning John disliked, she says, it was the lack of support he received as a student that drove him to leave school so early. Years later, John got his chance to right that wrong when he was offered a teaching position in the engineering faculty at Mohawk College.

“(John) had a difficult time in school. Nobody offered to help him when he needed it, so he saw it as a chance to right a wrong,” says Pat. “He loved teaching. He never grumbled or said a bad word about a student. He was there to help them succeed.”

John passed away last fall after a battle with cancer. He was 74, and not long before his death he was still teaching part time at Mohawk even though he had officially retired nearly 11 years earlier.

That’s the kind of guy he was, says Charles Honey, a friend and colleague of John’s at Mohawk.

“He was compassionate and very, very loyal. He would work until the job got done and was always very open and understanding with his students. He felt everyone deserved a chance to succeed.”

On Tuesday, Nov. 22, Charles, his colleagues from the Power Engineering program at Mohawk, students and former students gathered with John’s family in the Steam Lab at Mohawk’s Stoney Creek campus to unveil a library that was created in John’s memory.

All of the books in the library once belonged to John – some he even wrote, and can now be signed out by students who need them to study for exams or want to reference them for class projects.

Pat said she and her family are thrilled to see John’s memory honoured in this way. “It’s just awesome. He was a very humble man and it’s a wonderful way to honour his memory and achievements.”