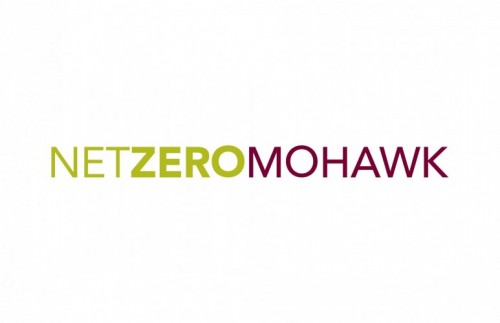 June 29, 2017 (HAMILTON, ON) - Construction of Canada’s largest net zero institutional building is being chronicled on a new website launched today.

NetZeroMohawk showcases the 96,000 square foot Joyce Centre for Partnership and Innovation being built at Mohawk College in Hamilton, Ontario in partnership with McCallumSather, B+H and EllisDon. Along with being the country’s largest net zero institutional building, the centre is also the first net zero institutional building in the Hamilton region and is serving as a pilot site for the Canada Green Building Council’s Zero Carbon Buildings Framework.

The $54 million centre will be completed in early 2018, with labs and classrooms open to students next fall.

NetZeroMohawk will feature live streaming from the construction site, regular video updates with Mohawk’s Chief Building and Facilities Officer, virtual tours and spotlights on how the building is being designed, built and operated to generate as much energy as it consumes.

The Joyce Centre for Partnership and Innovation is the cornerstone of the largest renewal of labs and classrooms in Mohawk’s 50-year history. Mohawk was the first college in Ontario to adopt an environmental management plan and recently announced plans to establish a Centre for Climate Change Management in partnership with the City of Hamilton and the City of Burlington. Mohawk has also been named one of Canada’s greenest employers for the past four consecutive years.

Mohawk College educates and serves 30,000 full-time, part-time and apprenticeship students from three campuses in Hamilton. Mohawk ranks 15th among Canadian colleges for applied research activity and is rated number one for student and graduate satisfaction among all colleges in the Greater Toronto and Hamilton Area.

“Mohawk is proud to be home to Canada’s largest net zero institutional building. We’re also excited to share our journey to net zero with everyone who shares our passion for reimaging how buildings are designed, constructed and operated in a low carbon economy.” – Mohawk President Ron McKerlie