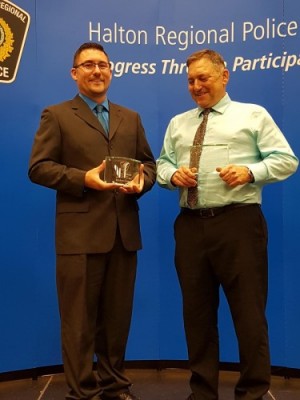 Michael and Murray, along with four other men, were honoured for trying to save the lives of two teenage boys who were tragically killed in a car accident in Milton in April 2016. The men risked their lives trying to free the two boys from the car that caught fire during the rescue attempt.