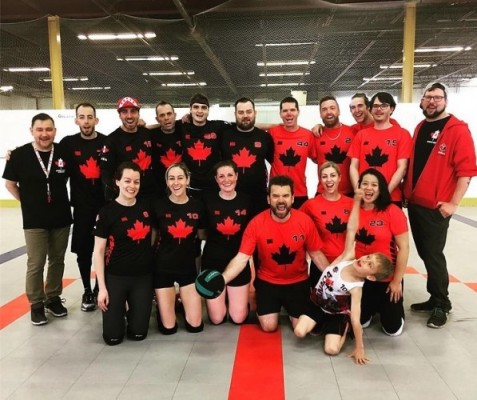 Mohawk College will be well represented at the 2020 Dodgeball World Cup in Cairo next summer.

Following the 2019 America’s Dodgeball Continental Cup qualifying tournament, hosted at Mohawk College on May 25, Canada’s three national teams – including a number of Mohawk alumni and staff members – will represent Canada at next year’s world championships in Cairo, Egypt.

In Continental Cup play, Canada beat the United States in both the mixed (18-10) and women’s (15-11) competitions. The men’s team lost to Team USA in overtime, 14-16, but the president of the World Dodgeball Association (WDA) recently announced the Canadian men’s team will have a spot in the World Cup as one of the top 12 teams in the world. There are over 60 member countries part of the WDA.

Congratulations to all of them and the rest of the members of Team Canada.