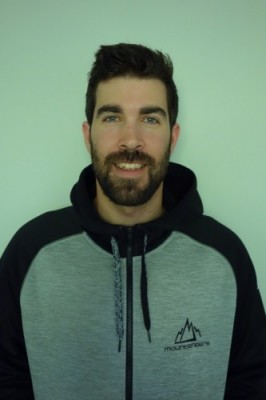 “I'm excited about the opportunity to coach at Mohawk College and join the Mountaineer family,” Stone said. “The men's volleyball program has a long history of success, especially over the last decade with Matthew Schnarr at the helm. I look forward to the challenge of following in his foot steps and continuing the tradition of excellence. There's a family atmosphere here. I could feel it the moment I walked in and that made my choice to accept the role very easy."

Stone won three OFSAA Championships as a player at Eden High School in St. Catharines. He began his post secondary career with Niagara College in 2009. He then moved to Redeemer University College in 2010-2011 and helped the Royals capture an OCAA silver medal.

Stone travelled to Australia in 2012 to participate in ‘Youth With a Mission.’ In 2012/2013 he interned at Woodlands Church in England and played club volleyball for Bristol City. He returned home in 2013/2014 and became an assistant coach with the Brock University women’s volleyball team. He also coached the 18U Niagara Rapids boys team.