Mountaineer Athlete Ambassadors program is out of the gates

The new era of Mountaineers Athletics and Recreation is in full swing and with another school year looming in the distance, the Mountaineers have announced seven student-athletes who will makeup the inaugural Mountaineer Athlete Ambassadors (MAA) team.

The MAA will advocate for the student population in order to enhance the greater Mountaineer experience at Mohawk College and in the community.

The MAA will follow in the footsteps of the Students Athletics Committee (SAC) that was disbanded in the 2010s. This committee served from the late 1960s as the advocates and voice for the greater student population at Mohawk College. 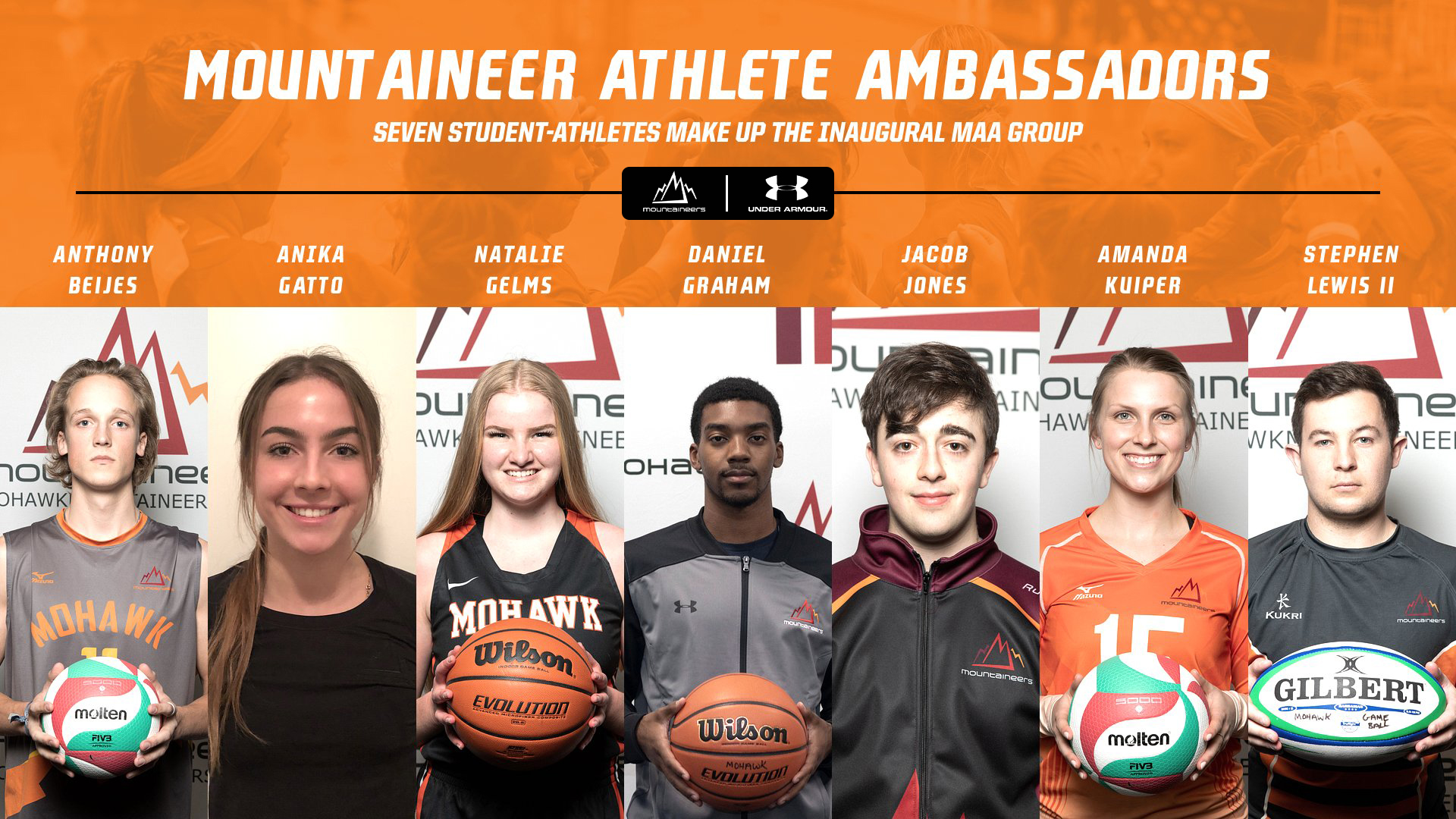 "I'm excited to have our first MAA team assembled and I expect this group of student leaders to be a big part of Athletics and Recreation going forward as we continue to march ahead," says Athletic Director Matt Ferreira. "The seven student-athletes we've selected embody everything we're looking for in the Mountaineers program and I know they'll have a positive impact on the Mohawk community over the next year."

The successful candidates were selected by an application process. They will continue in their role for the duration of the 2021-2022 academic year.

Anika Gatto, a first-year women's volleyball player from Vancouver, B.C., says she's looking forward to the community aspect of the MAA after spending the majority of the year online, both with her academics and with varsity activities.

"To me, being on the MAA team means that I'll have the chance to connect with the Mohawk community. Unfortunately, my first year at Mohawk, like many other people's, has been online so I haven't been able to meet many students, athletes, or staff," says Gatto, a former member of the University of Toronto Women's Volleyball program. "As a member of the MAA team, I want to help strengthen the Mohawk community experience because I know how difficult and lonely it can be for student-athletes when there is no sense of togetherness."

Jacob Jones, a second-year curler, is already well established among Mohawk student-athletes after claiming the 2019-2020 Wes Hicks Outstanding Male Athlete award in his freshman year. Jones is looking forward to making a difference outside of competition as well.

"Being a part of the MAA is a huge honour and it means a lot to me considering who I'm joining in this group of talented and committed athletes," explains Jones, a Brantford, Ontario native. "I'm mostly looking forward to making new friends and being a part of change, not only in Mohawk's athletic community, but in the Mohawk community as a whole."

As the Mountaineers continue steering in a new and exciting direction, the MAA is another key element in creating the best Athletics and Recreation experience for all Mohawk students.

The MAA will also play a key role in uniting the high-performance varsity athletics program as the Mountaineers look to make a return to action this fall.

The Mountaineers are thrilled to roll out the first MAA team and we're all excited to see the role these seven student-athletes play in the success of the program over the next calendar year.

Mountaineer Athlete Ambassadors program is out of the gates