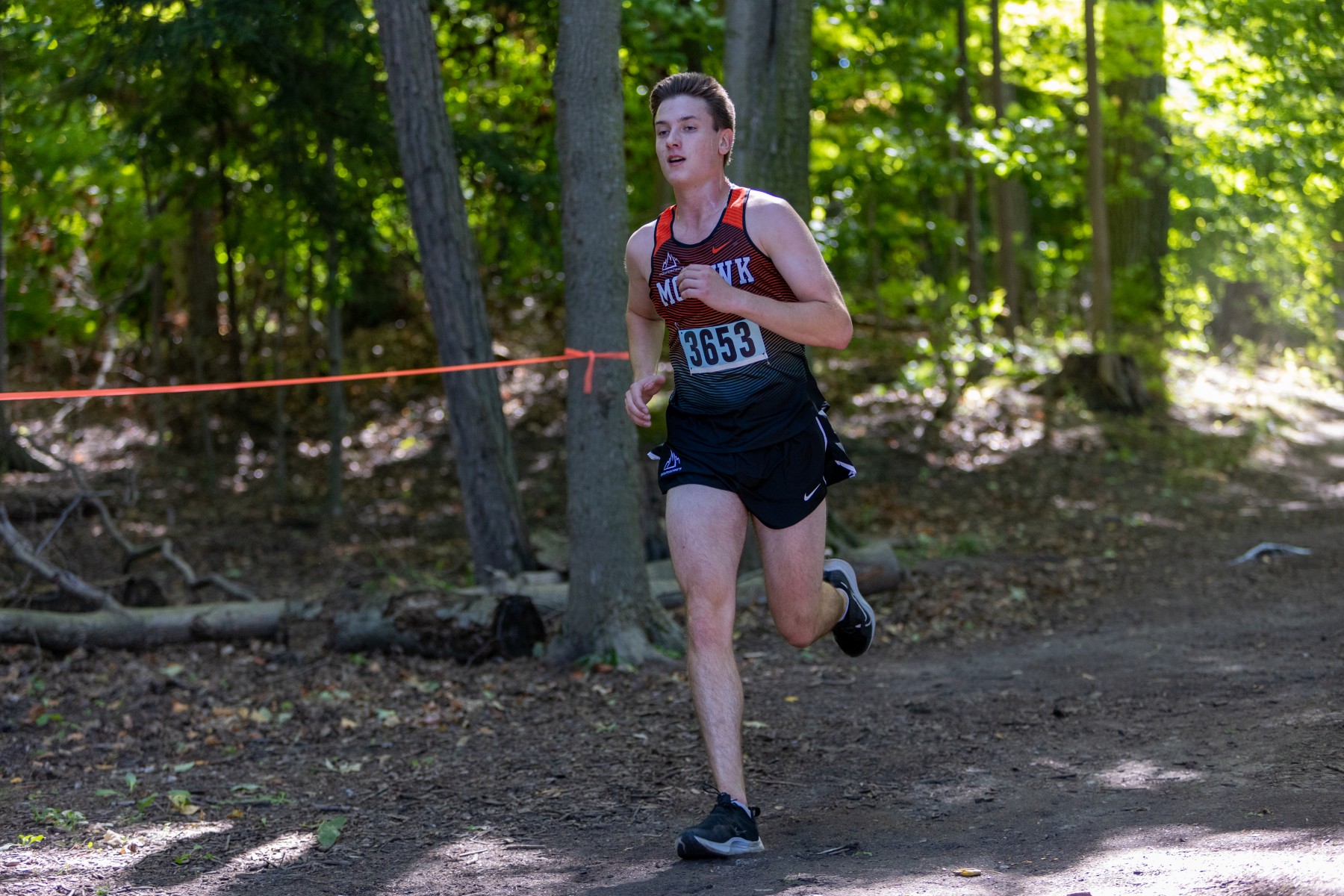 The Mohawk Mountaineers cross country program is being noticed nationally. This week the women’s team landed in the CCAA national rankings at number eight, while them ranked 12th in the country.

These rankings come after the Mountaineers had another strong team run in their second race of the year. At the Fanshawe Invitational, the women finished third and only a point shy of second. The men weren’t far off from a podium finish either, placing fourth and a point off of third.

Mohawk women’s soccer has three remaining games as they battle to lock in a home playoff game. This past week they picked up another point following a 1-1 draw with the Fanshawe Falcons. Men’s soccer saw another loss to the Falcons.

On Oct 5, the Mountaineers hosted a celebration of life for former student-athlete Meagan Byers ahead of the women’s softball game versus Humber. Many of Meagan’s family, friends and former teammates and coaches came out to remember and honour Meagan.

Indoor sports saw success last weekend as preseason action continued. Men’s basketball lost two of three at a St. Lawrence College tournament but were competitive in every game, losing by no more than eight.

As the road to the CCAA Nationals begins for women’s basketball, they’ve come out strong through three exhibition games. The Mountaineers won by six over the George Brown Huskies, defeated the Seneca Sting 86-46 and the Centennial Colts 79-27.

Women’s volleyball also had a good showing at a preseason tournament, winning three of four games.

Snyder (Burlington, ON) in her second ever OCAA race placed third at the Fanshawe Invitational. It is the first time in a long-time a Mountaineer runner has medalled at a race event.

Karl (Collingwood, ON) as a first-year runner improved from his first race to his second. At the Fanshawe Invitational he finished 22nd, nine spots better than the race one week prior.