A tremendous start to the 2022 season had the Mohawk Mountaineers women’s soccer team jump to fourth in the Ontario Colleges Athletic Association weekly rankings this past week. The team also remained undefeated after tying the Conestoga Condors 2-2 to bring the Mountaineers record to 2-0-4. 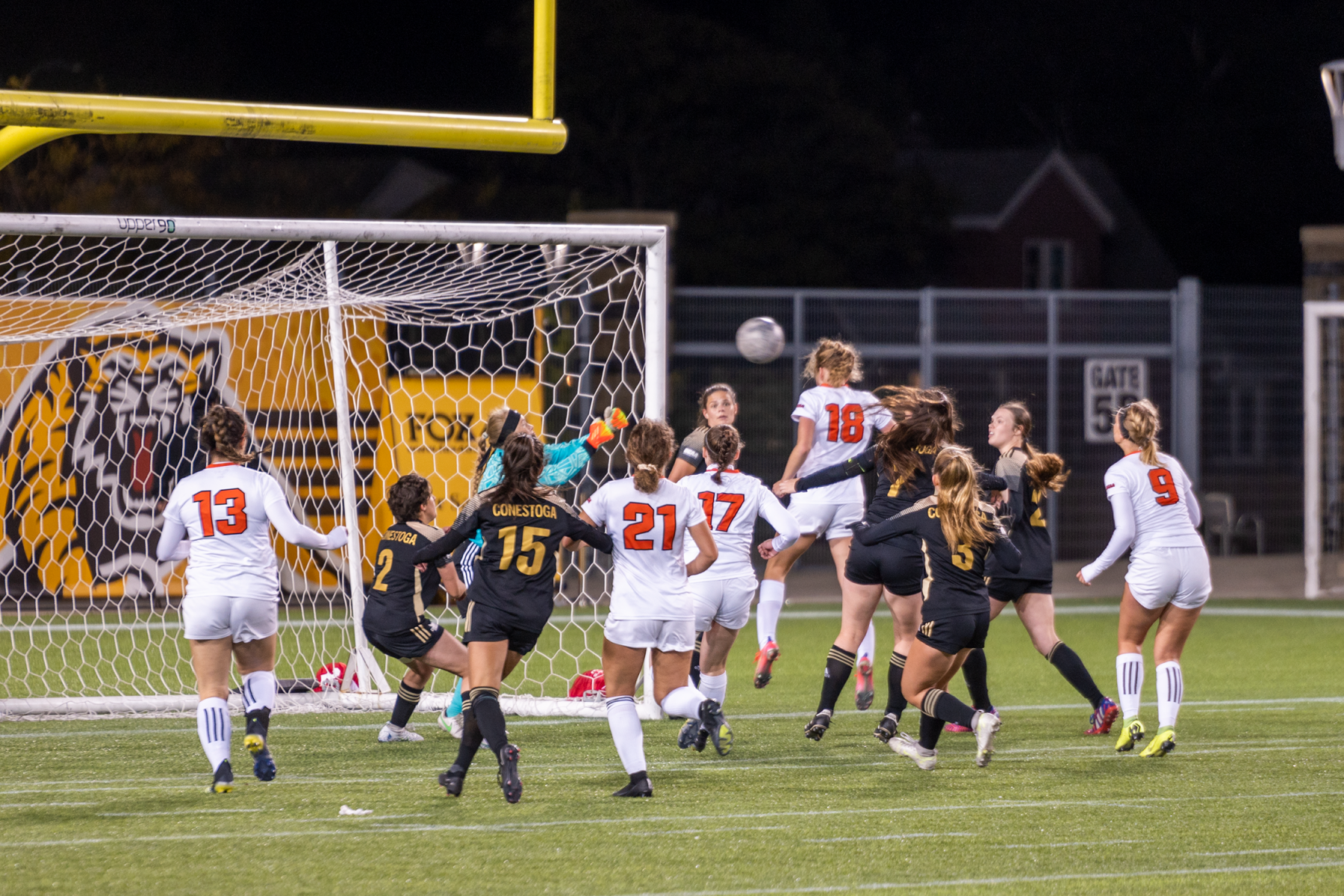 Men’s soccer could not extend their win streak to two after a 3-0 loss to the Condors, while women’s softball lost all four of their games.

On Sept. 23 the Mountaineers cross country teams participated in their first race of 2022. The women’s team finished third overall, while the men eased into the year for a fifth-place finish.

First-year student athlete Ava Snyder made a statement in her first OCAA run ever, placing fifth. Teammate Ashley Lof also finished in the top-10. On the men’s side, Matias Tessel led the way with a 12th place finish.

Mohawk’s indoor high-performance teams also got started this past week with exhibition play. The men’s volleyball team travelled to London, ON to play the Fanshawe Falcons and won 3-1. In a scrimmage versus the Redeemer Royals, the women’s volleyball team also came away with the win.

DeHaan was recognized for her performances against the nationally-ranked Humber Hawks and a tough Niagara Knights team. In the match versus the Hawks, DeHaan made four saves that helped her team to a 1-1 draw and followed that up with a seven save shutout of the Knights for a 1-0 win.

Salman (Hamilton, ON) dominated the second half in a match versus the Knights, which eventually resulted in a goal to give Mohawk a 2-0 advantage and win. This was Salman’s first career OCAA goal.

·         Women’s basketball will be hosting a mini preseason tournament over the course of two days. On Friday, they will play the George Brown Huskies at 6 p.m. in the main gym of the DBARC.

·         Women’s softball will have action at Mohawk Sports Park when they host the Humber Hawks and Fanshawe Falcons. The Mountaineers play the Hawks at 2 p.m. and the Falcons at 4 p.m.

·         The women’s basketball exhibition tournament continues with a game versus the Seneca Sting at 3 p.m. in the DBARC main gym.

·         Men’s basketball continue exhibition play at the St. Lawrence tournament as they play the Seneca Sting.