As of Thursday evening (November 26), Mountaineer student athlete Jacob Jones, who is competing at the 2021 World Qualifier Event, and his team (Team Mitchell) are 4-0. They are likely to make semi-finals later today (Friday). The winner of this tournament will represent Canada at 2022 World Juniors Curling Championships in Sweden in March. 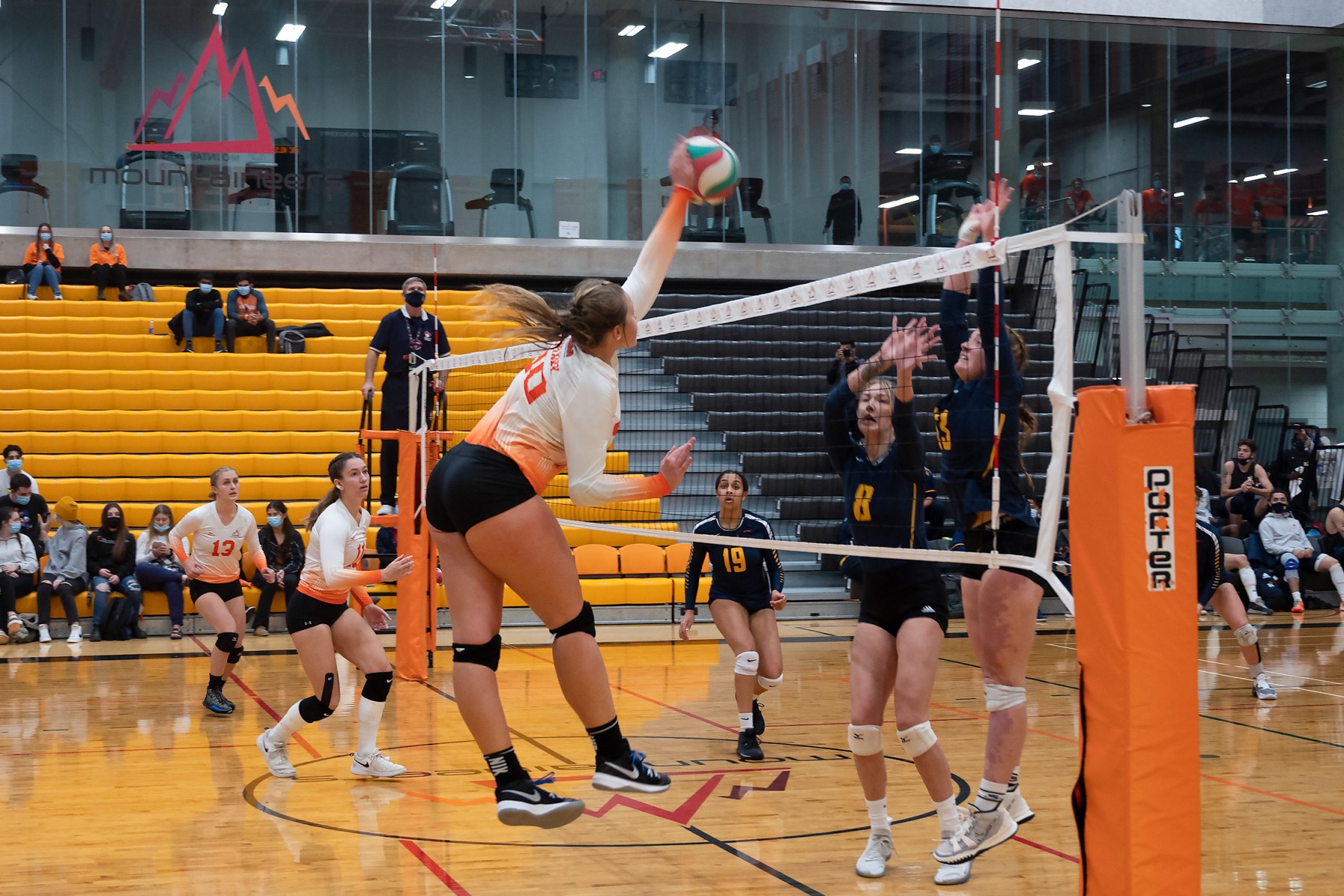 All basketball and volleyball teams were active in exhibition play. Of note, in basketball Celina Chung had 26 points in two games and, on the men's side Daniel Graham scored 49 points in two games, with Cale Calura adding another 33. In volleyball, Julia Watson versus Fanshawe had 12 kills against Fanshawe and, against Sheridan, Brayden Griffith had 16 kills and Turner Neame had 17 digs.

Away from the courts, the Mountaineers have launched a Holiday Toy Drive for Eva Rothwell. Toy donations can be made to room R105 or the DBARC front desk. As well, the women’s basketball team is gearing up for their Holiday Drive for Mission Services, collecting non-perishable food items, hygiene products (feminine hygiene, toothpaste, shampoo, etc) and new hats, mitts and scarves for the women’s shelter. Same drop-off locations as the toy drive. And the Men’s Volleyball team is in the final push for Movember. They have set a goal of collecting $5,000 to support men’s health. The team has raised nearly $1,500 to this point. If you want to help the team support this charity, you can donate on their team page.

(in collaboration with the Mohawk Students’ Association)