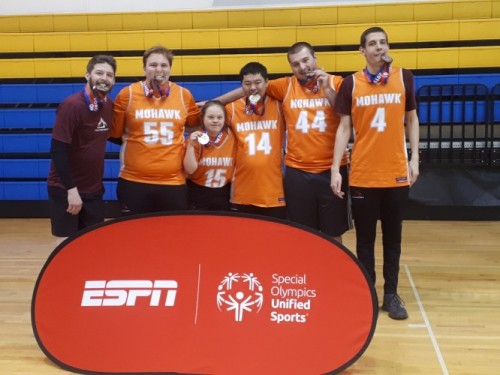 Mohawk Mountaineers Unified Basketball Team earned a silver medal  on May 16 in the Unified University/College Basketball Championships at the Special Olympics World Invitational Youth Games in Toronto. They were the only college participating in this event.

The Mountaineers excelled in their round-robin opponents in early action, then won their semifinal 29-18 against the Western Mustangs. They which then pitted against Wilfrid Laurier, who they had traded wins with in the first two days of play, for the gold medal. The final score was 25-11.