Mohawk Mountaineers women’s soccer will be hosting a home playoff game after they won 2-1 versus Redeemer and picked up a 1-0 victory over the Sheridan Bruins. The Mountaineers are currently the second-place team in the OCAA west division with one remaining game in the season. 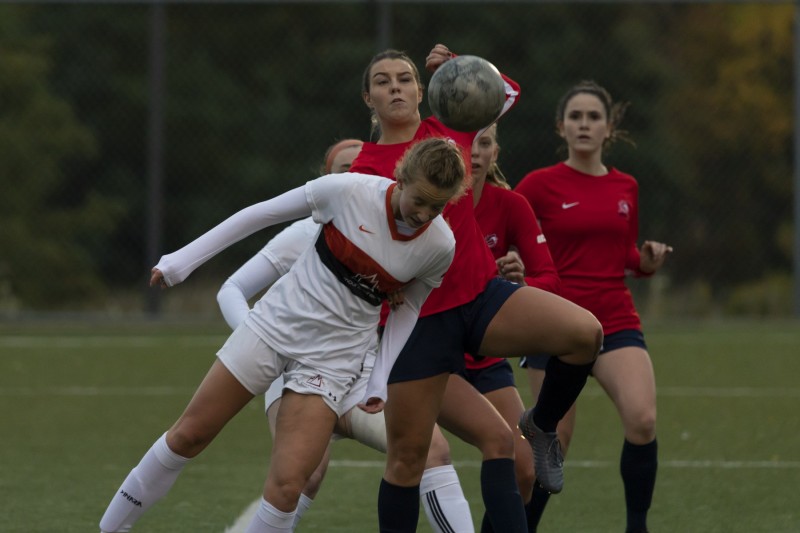 In pre-season action,  The Mountaineers men’s basketball team welcomed two NCAA Division III schools over the Thanksgiving weekend. The Mountaineers defeated the Hilbert Hawks 102-95 and lost to the Rochester Tigers 84-74. On the women’s side, Mohawk picked up a 63-51 preseason victory over the Durham Lords.

Glasbergen (Burlington, ON) currently leads the Mountaineers with five goals on the season. She not only scored a key goal last week against the Royals, but also scored the winning goal against the Bruins.

Calura (Hamilton, ON) scored 25 points versus the Hawks, shooting 9-for-15, including four threes. He followed that performance with 11 points against the Tigers.

Men’s basketball will participate in the Wayne Allison Tournament at Sheridan College. They will play the Centennial Colts at 12 p.m. and George Brown Huskies at 4 p.m.

Women’s and men’s volleyball will be hosting a mini tournament at Mohawk College. At 6 p.m. the women will host the University of Windsor Lancers, while the men will host the George Brown Huskies at 8 p.m.

Mohawk soccer will finish up their 2022 season in London, ON versus the Fanshawe Falcons. The women play at 1 p.m. and men play at 3 p.m.

Cross country will race in its final run before the OCAA Championships as they will participate in the Centennial Invitational.

Men’s basketball continues preseason action at Sheridan College where they will play the St. Lawrence Surge at 10 a.m.

Women’s volleyball will host the Humber Hawks at 10 a.m. and the Brock University Badgers at 2 p.m. in exhibition play.

Men’s volleyball will host the Redeemer Royals at 12 p.m. and Durham Lords at 4 p.m. for preseason play.

Women’s softball will conclude their 2022 season in London, ON as they play a doubleheader versus the Fanshawe Falcons at 12 p.m. and 2 p.m.