With college varsity athletics coming to a pause for the winter break, this is a perfect time to reflect on the successes of the Mohawk Mountaineers through the Fall semester. 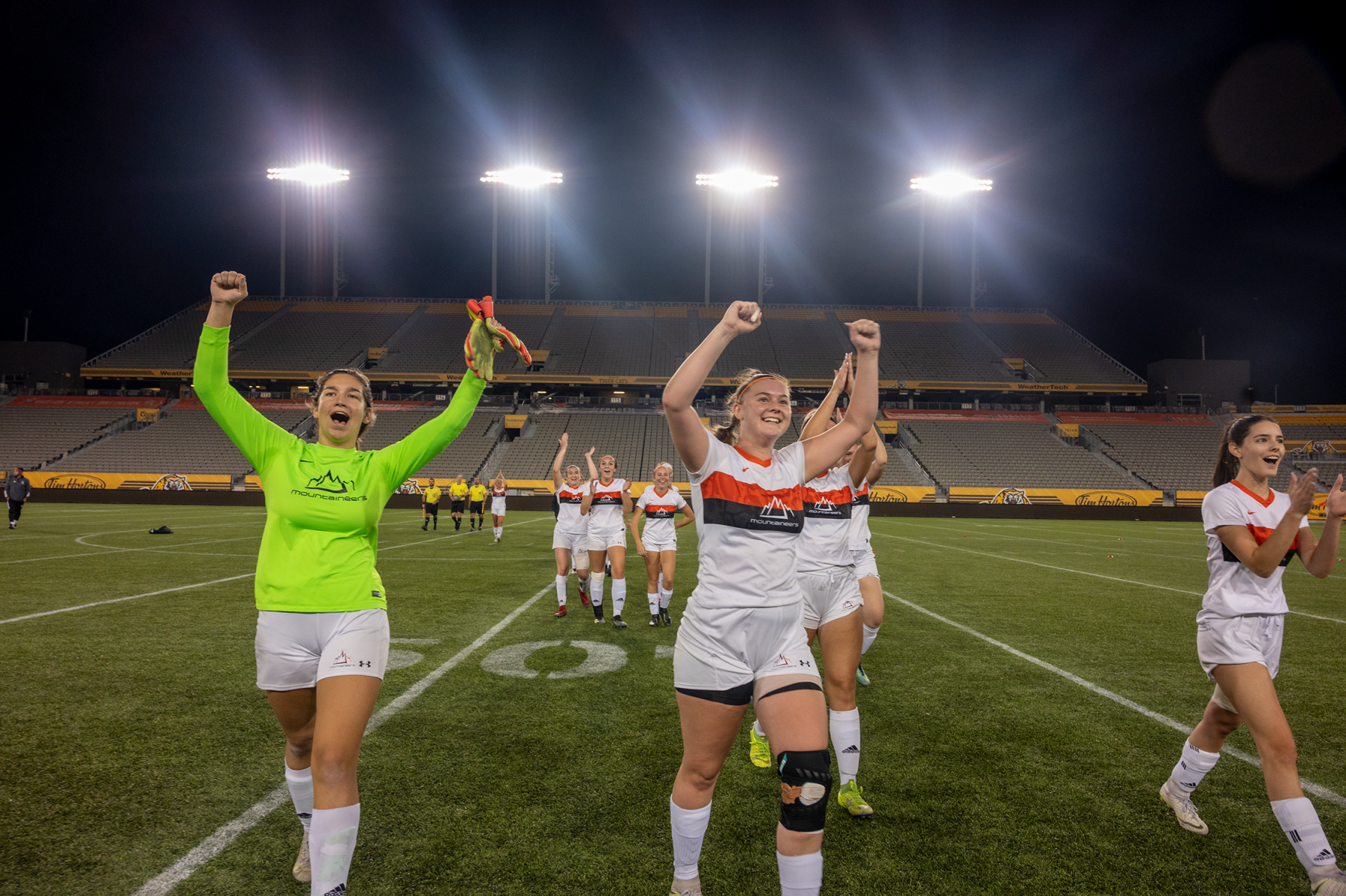 The Mohawk Mountaineers had seven student-athletes named OCAA Stars of the Week – an honour presented weekly by the provincial governing body for intercollegiate sports to athletes for their performance for a given week. The seven recognitions were the third most amongst colleges in the province.

At the national level, three Mountaineer student-athletes were named CCAA Athletes of the Week – which tied for second most amongst Ontario colleges.

Paul Giannini, women’s soccer head coach, in only his second year at the helm of the program, was named both OCAA Coach of the Year and OCAA West Division Coach of the Year after guiding the team to an undefeated season and an OCAA Final Eight appearance.

The cross country program also saw three athletes honoured at the provincial level, after strong performances at the OCAA Championship. Ava Snyder missed a podium-finish by one spot, finishing fourth overall in the women’s race, and was named to the OCAA All-Ontario First Team. Ashley Lof and Matias Tessel also had strong finishes and represented Mohawk on the OCAA All-Ontario Second Team.

Women’s soccer finished the 2022-23 year with a 5-0-5 record, improving from a one-win season a year ago. It was also their first undefeated season since 1998. In the playoffs, the team advanced to the OCAA Final Eight – their first appearance since 2017.

Mohawk’s women’s cross country program achieved their first provincial medal since 1996, winning a bronze at the OCAA Championship. The men’s team placed fifth, only 16-points shy of a podium-finish as well.

At the CCAA Championships, the women placed 13th overall and as the second best OCAA school.

A team to keep an eye on heading into 2023 is men’s basketball. Currently ranked fifth in the country, with an 8-1 record that puts them first in the OCAA west division, the men look to keep the momentum going in the second half of the season with a potential deep playoff run.

Women’s basketball finished off the first half of the season with two wins in their final four games. They will look to turn their season around ahead of the CCAA Championship that will be hosted at Mohawk in March.

Both women’s and men’s volleyball are heading into the break with 5-4 records and will be poised for deep playoff runs themselves.