Four students from across Canada earned top recognition in different categories for bringing their academic studies to life and making an impact in their workplaces, on their campuses and with their lives. Natasha was named Student of the Year in the Other Forms of Work-Integrated Learning at the College level.

According to her nominator, Natasha “is a determined student who has been successful in her Practical Nursing program at Mohawk College because of her drive and dedication.” Although Natasha faced several obstacles as a deaf student during her clinical placements, her drive and dedication made her step outside of her comfort zone to provide the best care for her patients. Described as a trailblazer, Natasha researched and acquired assistive technologies, including a stethoscope that is used by hearing-impaired clinicians that displays the sound of a patient’s heart and lungs visually. Each clinical placement was equally impactful for Natasha as it was for her preceptors and colleagues, many who learned American Sign Language and new clinical techniques as a way to make her feel welcomed and included. 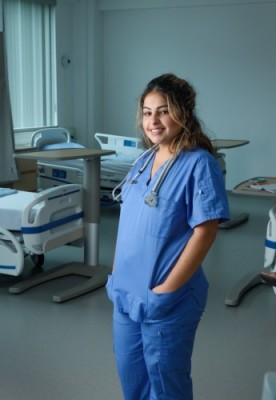