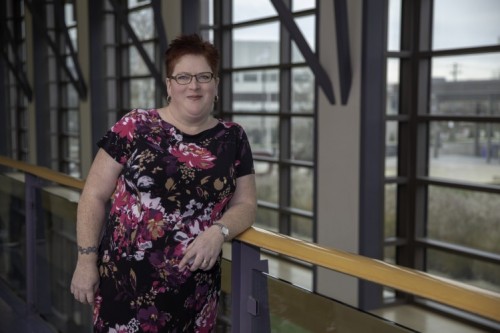 Hillary joined Mohawk in 2015 as Head of Public Affairs and Special Advisor to the President. Prior to Mohawk, Hillary served as the President and Chief Operating Officer of the Wine Council of Ontario, helping its members advance a strong domestic wine industry. Before joining the Wine Council, Hillary was Principal and Vice-President at one of Canada’s most influential government relations firms where she focused on developing advocacy and organizational capacity for associations, municipalities, Fortune 500 firms, postsecondary institutions and other public and private sector interests.

A positive force for change at Mohawk, Hillary led the development and adoption of the new five-year Strategic Plan and an integrated public affairs strategy that is generating results and positioning the college as a leader in strengthening the economy of the region and province. This work will continue and expand as Hillary takes on her new role of leading the college’s Marketing, Recruitment, Alumni and Public Affairs teams.

Hillary has served on many boards and committees, including the Ontario Culinary Tourism Alliance, Tourism Partnership of Niagara, Alliance of Ontario Food Processors and the YMCA Hamilton Burlington Brantford. She has a BA (Hons) in Economics and Political Studies from Queen’s University. She has also completed the Ivey Influence and Persuasion Program from the Ivey Business School at Western University in London, Ontario.

Hillary and her family love living in Hamilton.

Hillary’s collaborative and strategic leadership has been instrumental in strengthening Mohawk’s reputation in the region and across the province. I look forward to more successes for our college and community in her new role.