The Mohawk Mountaineers continue to celebrate the accomplishments of student-athletes, announcing Jacob Jones of the Curling team as this year's recipient of the Grace Siu Excellence Scholarship Award and Ken Huynh of the Men's Rugby team as the winner of the Hap Holman Scholarship Award. 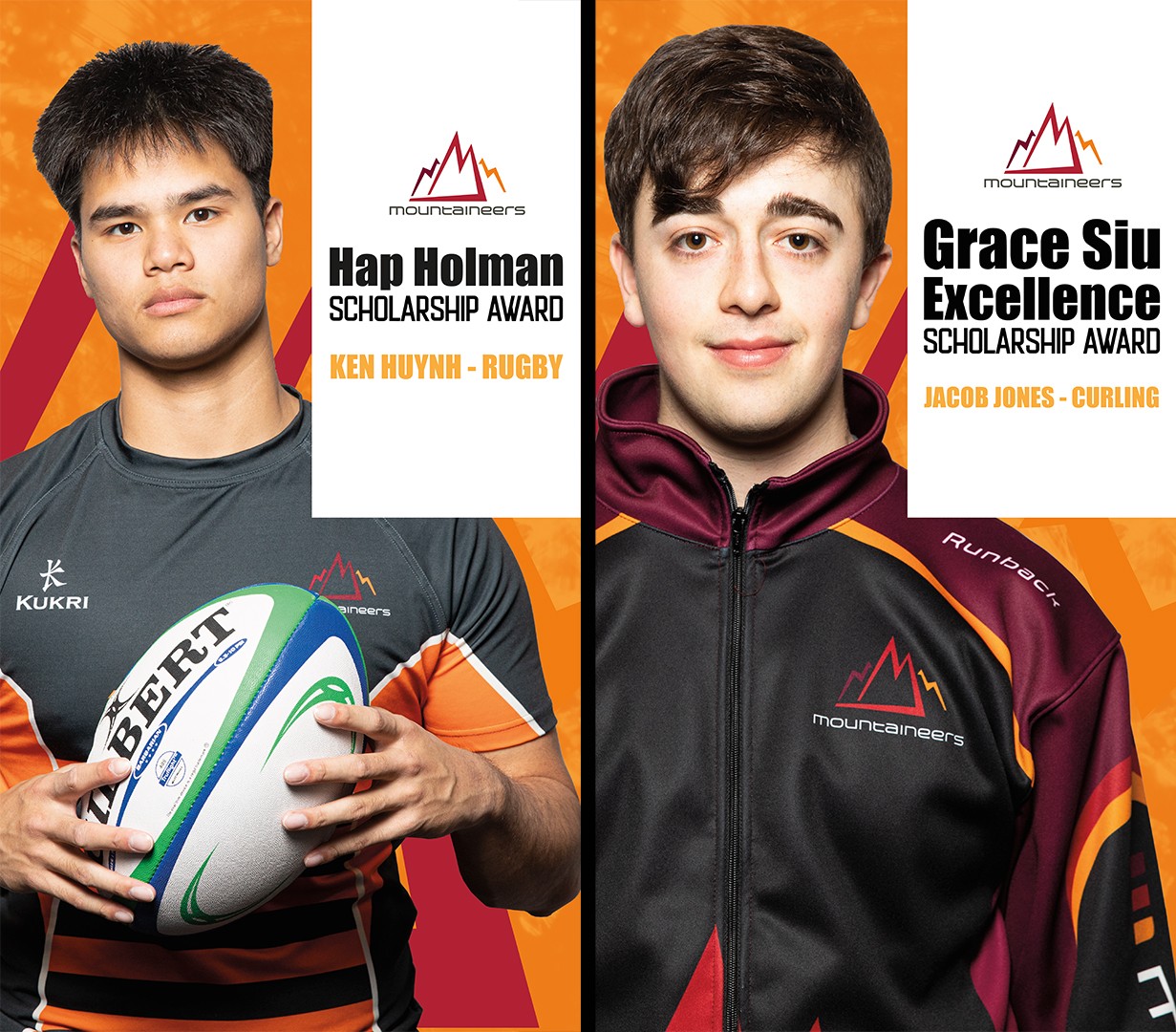 The Grace Siu Excellence Scholarship Award recognizes an athlete who excels athletically and academically. The award is named after Mountaineer Hall of Famer Grace Siu, who was a force on the court during her time at Mohawk College as a badminton player.

The Hap Holman is awarded for outstanding participation in varsity athletics and academic excellence in a program by a second- or third-year student. The award is named after former curling coach Hap Holman, who also finds himself in the Mountaineers Hall of Fame.

"Receiving this award is an honour and it means a tremendous amount to me because it shows that my hard work has paid off and been recognized after such a difficult year," explains Jones, a second-year skip. "This past year has definitely been a struggle mentally, with not being able to compete and having to complete all of my classes online, but it did allow me more time to focus on my academics."

Jones, a Brantford native, has made the most of his two years with the Mountaineers after a strong freshman year in 2019-2020. He played a big part in the Curling team's OCAA silver medal and was also named the Wes Hicks Outstanding Male Athlete, alongside his teammate Jarrett Matthews.

Now a veteran in the program, Jones has taken on a leadership role this past year as he was selected by the department as one of seven Mountaineer Athlete Ambassadors.

Huynh is also in his second year with the Mountaineers and says his recognition for the Hap Holman Award makes it feel like all his hard word over the past year has been worth it.

"Being the recipient of the Hap Holman Award is an honour to me. This award shows all of the hard work that goes unnoticed after such a difficult year, with no season, has been worth it," says Huynh, a local player coming out of Hamilton. "The past year at Mohawk has been a struggle at times with the pandemic, from not knowing what was happening next and moving to a different learning environment. Thank you to the Athletic Department for your continued support throughout the year. This award is only a stepping stone on what I wish to achieve here at Mohawk."

Huynh began with the Mountaineers in 2019-2020 and immediately established himself as a go-to, reliable player on the pitch. He works hard in the classroom and has been a leader over the past year with his participation in varsity activities.

As the Mountaineers continue looking ahead to the 2021-2022 OCAA season, the Men's Rugby team will rely on Huynh to make an impact on the overall performance of the team with his athletic abilities and leadership skills.

The Athletic Department would like to thank Jacob and Ken for their commitment and dedication to the program over the past year despite all the challenges that came along with it. Congratulations!