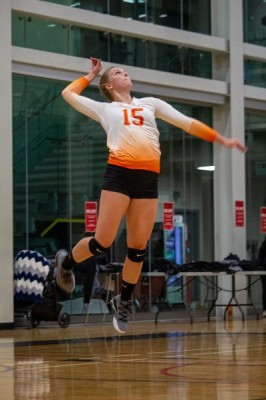 The award is being presented to Kuiper, a fifth-year student and women’s volleyball varsity athlete, on Saturday (December 5) at the 20th anniversary - Breakfast of Championships in a virtual presentation on YouTube. The Ray Lewis Award is presented each year to a high-level athlete at one of Hamilton’s post-secondary schools who is a leader in the community through their involvement, commitment and volunteer work in sports.

“My journey at Mohawk continues to exceed any and all expectations and I am so grateful to have spent the past four years here,” Kuiper said after learning about her recognition. “It is very important to me to give back to the Mohawk community in any way I can, considering it has done so much for me. I feel very honoured to have received this award.”

Kuiper is a captain on the women’s volleyball team and was named a first-team all-star for the 2019-2020 season. While she’s made some tremendous contributions to the Mountaineers during her four seasons, the Woodstock, Ont. native has gone on to make an even bigger impact in the greater Mohawk community.

She was a key lead for Mohawk’s mental health month initiative, one of the founding members of the Mountaineer Athlete Ambassador Group and the Dr. Sam Mitminger award winner at the college’s most recent athletic banquet, the equivalent of being the varsity valedictorian. Kuiper was also a Celebration of Learning recipient and attended a Sports Leadership conference in British Columbia. 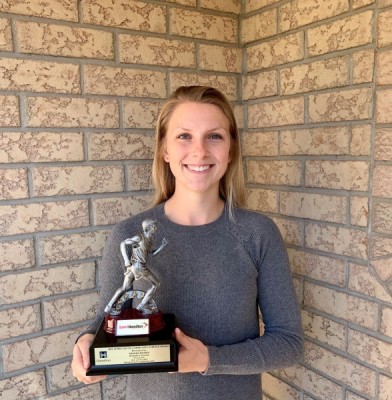 “The volleyball program and I are proud of Amanda and are glad she is being recognized for her work in the community,” said Matthew Schnarr, head coach of the Mountaineers women’s volleyball. “Amanda has always been an advocate for community involvement and continuously shows up to give back. Her volunteering and advocacy around the stigma for mental health has broken down barriers for me and student athletes alike. Congratulations, Amanda.”

The Mohawk Mountaineers and Mohawk College are very proud of Kuiper and all she has accomplished on and off the court throughout her four-plus years at the college. 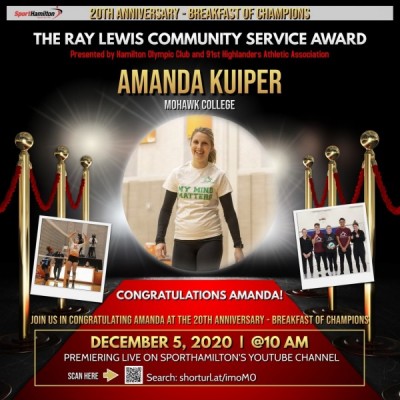