Congratulations to our 2018 Distinguished Fellows

A respected journalist, an advocate for families of missing and murdered Indigenous women and girls and a well-known community leader are among eight people who will receive special recognition at Mohawk’s spring convocation ceremonies next week.

The eight inductees are being honoured for their outstanding achievements and contributions to the college and their communities.

This year’s inductees are: 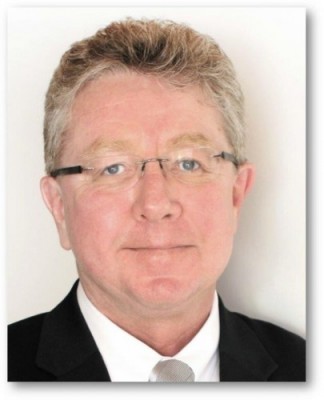 Honour to be conferred at the Allied Health and Health Studies Convocation Ceremony on Monday, June 18 at 2 p.m.

John Parker is a Registered Nurse with more than 30 years’ experience in healthcare education gained in both the public and private sectors. Over the course of his career, John has practiced bedside nursing, post-secondary teaching, knowledge translation, surgical robotics research, simulation training and, currently, is Director of Interprofessional Development at Hamilton Health Sciences.

John is a recognized as a thought leader in healthcare education with a specific focus on identifying how best to optimize patient and family-centered care through interprofessional healthcare teams. More recently, John and his team are collaborating with Mohawk College faculty, staff and students to develop innovative experiential learning opportunities for students that meaningfully advance Hamilton Health Sciences’ commitment to providing high quality care for its patients and families. 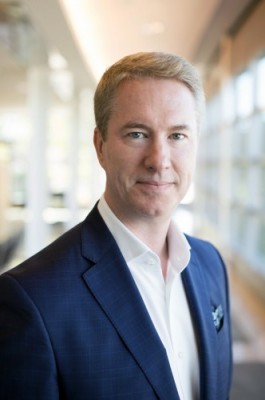 Honour to be conferred at the Construction and Building Systems Convocation Ceremony on Tuesday, June 19 at 7 p.m.

Andrew Bowerbank is a leading authority on emerging cleantech, high-performance building design and low-carbon economics. He is the former CEO of the World Green Building Council (2007-10) where he was proud to act as the Member Representative for the United Nations Environmental Programme. He was also the founding Executive Director of the Canada Green Building Council’s Toronto Chapter.

Today, Andrew is the Global Director of Sustainable Building Services at EllisDon Corporation where he has launched the award winning “Carbon Impact Initiative” in response to global market trends towards a low carbon economy. Andrew was recently named one of Canada's top 16 sustainability leaders at the 2017 "Clean50" Awards, and he was awarded the prestigious Ontario Premier’s award this past November for his career accomplishments. 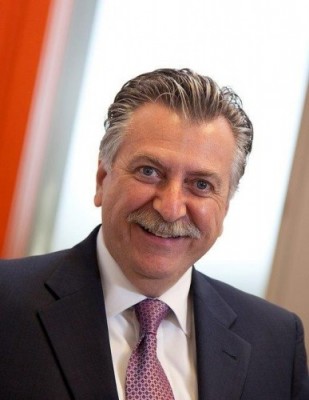 Honour to be conferred at the Business and Media Graduate Studies, Applied Research, Entrepreneurship Convocation Ceremony on Wednesday, June 20 at 2 p.m.

Tony Valeri joined ArcelorMittal Dofasco in June 2011 from his own firm, Ridge Strategy Group, a public affairs and management consulting company. Tony was a Member of Parliament for four consecutive terms, beginning in 1993. Tony served as Minister of Transport and subsequently led the Government's legislative program as Leader of the Government in the House of Commons. Prior to assuming public office, he was principal of a life and health benefits practice.

Tony is a graduate of McMaster University and is actively involved in the community. He is a Director on the Board of the Canadian Manufacturers and Exporters, and Chair of the Governance Committee. Tony is also on the Board of Trustees of St. Joseph's Healthcare Hamilton and held the position of Board Chair from 2009 to 2011. 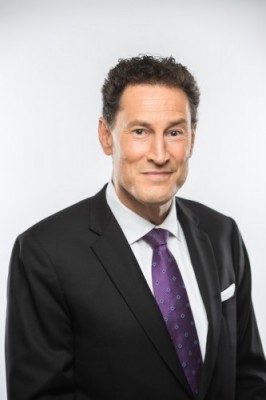 Honour to be conferred at the Media and Entertainment Convocation Ceremony on Wednesday, June 20 at 7 p.m.

Steve Paikin is the host of TVO’s flagship current affairs program, The Agenda with Steve Paikin, the gold standard for in depth analysis and thoughtful debate in Canadian media. Steve has built a sterling reputation as an eminently fair journalist who has moderated federal and Ontario election debates. Earlier in his career, Steve worked at CBC News as an anchor and correspondent, a reporter for the Hamilton Spectator and CHFI radio, as well as radio and television stations in Boston.

Along with his latest book, Bill Davis: Nation Builder, and Not So Bland After All, Steve also authored a book on John Robarts called Public Triumph, Private Tragedy and produced a one hour documentary on Robarts with TVO.

Steve served a five-year term as Chancellor of Laurentian University in Sudbury, where he received an Honorary Doctorate of Letters. He also has honorary degrees from Victoria University at the University of Toronto, McMaster University in Hamilton, and an honorary diploma from Humber College. He was made an Officer of the Order of Canada in 2013 and was invested into the Order of Ontario in 2014. Steve was born in Hamilton, Ontario and lives in Toronto. 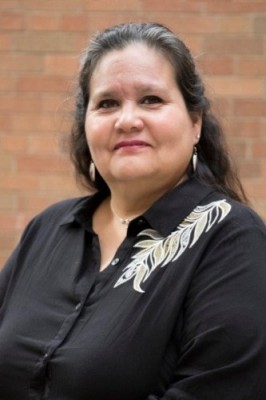 Honour to be conferred at the Business Studies Convocation Ceremony on Thursday, June 21 at 9:30 a.m.

Beverly Jacobs lives and practices law part-time at her home community of Six Nations of the Grand River Territory. She is passionate about peacefulness and safety of Indigenous peoples. For the past 25 years, she has focused on anti-violence work, restoring Indigenous traditions, values, beliefs and laws and decolonizing Eurocentric law. She is an advocate for families of missing and murdered Indigenous women and girls and conitnues to educate the public about the history and impacts of colonization, which has resulted in the traumas that are occurring to Indigenous peoples, specifically Indigenous women and girls today. Beverly received a Franco-German Prize for Human Rights and the Rule of Law from the Governments of France and Germany for her human rights fight for the issues relating to missing and murdered Indigenous women and girls in Canada.

Beverly is an Assistant Professor at the Faculty of Law, University of Windsor. She is also a consultant, researcher, writer and public speaker and is a former President of the Native Women’s Association of Canada (elected 2004 to 2009). 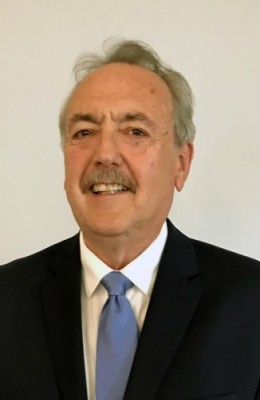 Honour to be conferred at the Community Studies Convocation Ceremony on Thursday, June 21 at 7 p.m.

Bill Chopp has been an educator and an administrator with the Brant Haldimand Norfolk Catholic District School Board for more than 40 years and now serves as a School Board Trustee with the same board. He has taught Special Education at Nipissing University (Brantford) and Special Education Law at Adler School of Psychology. Bill has served on the Educational Assistant Advisory Committee at Mohawk College since 2002.

Bill has served in leadership and governance roles with numerous service and charitable organizations within the Brantford community. He is also a Board Director on the Hamilton Niagara Haldimand Brant LHIN. He has been a board member and Chairperson of Brantford's annual Thank A Vet Luncheon. He also serves on the Board of Directors for Camp Unity, a program for children with Fetal Alcohol Spectrum Disorder. 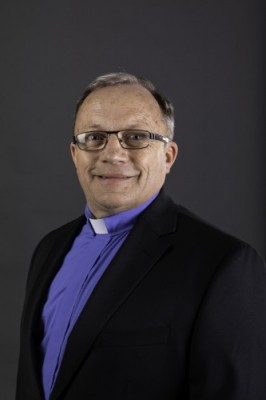 Honour to be conferred at the Social Services and Justice Studies Convocation Ceremony on Friday, June 22 at 9:30 a.m.

Don MacVicar and his wife Carole founded the Inner City Outreach Ministry in Hamilton’s north end. The 30-year-old ministry serves more than 300 youth, young mothers and senior citizens and has also worked directly with organizations such as the John Howard Society, the Hamilton Police Service and local schools to engage youth in healthy, productive activities.

Don also founded the Eva Rothwell Resource Centre in Hamilton’s north end. The 48,000 square foot former school was established as a centre focused on encouraging literacy and the pursuit of education for youth from priority neighbourhoods. Mohawk opened its first City School location at the site in 2015.

Don was recently ordained as a minister with the Open Door Evangelistic Church Inc. and plans to spend his upcoming retirement serving The Inner City Outreach Ministry community as their Pastor. 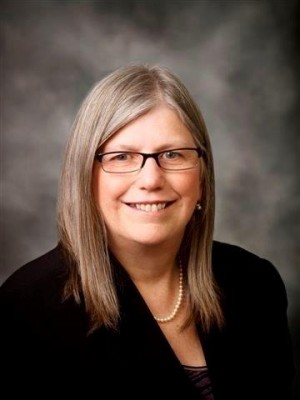 Honour to be conferred at the Liberal Studies Convocation Ceremony on Friday, June 22 at 2p.m.

Judy Travis is Executive Director of the Workforce Planning Hamilton and has been with the Board for more than 18 years. As Executive Director, Judy oversees a range of research projects that address labour market and skills development issues that bridge the gap between workforce supply and demand.

Judy has many years experience in the not-for-profit sector including previous work in literacy and fundraising. Her work creates opportunities to support a range of workforce and community-based initiatives including the Mayor’s Blue Ribbon Task Force for Workforce Development, the Skills Development Flagship for the City of Hamilton, the Hamilton Roundtable for Poverty Reduction and the Hamilton Immigration Partnership Council. She is active in the community and volunteers for several community organizations.

“Mohawk is proud to honour these eight remarkable individuals. Each of this year’s recipients has made a profound contribution to our college and to the communities they serve.”

More than 5,500 students will graduate from Mohawk during 12 spring convocation ceremonies from June 18 to June 22 in the McIntyre Performing Arts Centre at the Fennell campus.

Congratulations to our 2018 Distinguished Fellows