Data is the new immunity

“It is a bittersweet irony,” says Ted Scott, Chief Innovation Officer at Mohawk College, “That while technologies like mobile phones have an almost universal reach, millions of people cannot get essential health care.”

It was to take something of the bitter sting out of this equation that the mHealth & eHealth Development and Innovation Centre (MEDIC) at the college partnered in an intricately connected international project to build better health data in Tanzania. 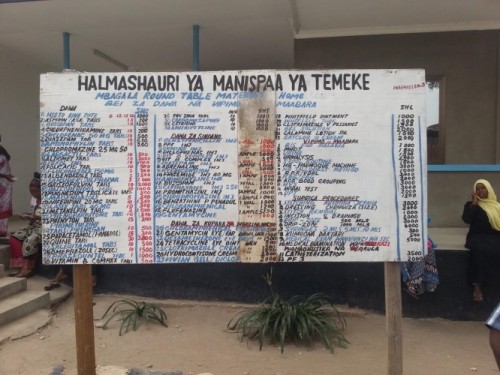 The East African country was taken on as a lead project of the ‘Better Immunization Data Initiative,’ one of the high-profile ‘pathbreaking solutions’ for global health funded by the Bill and Melinda Gates Foundation, designed to give affordable and reliable health technology a greater reach.

Routine immunizations and new vaccine introductions have proven to be two of the best investments to improve health around the world. And as the BID Initiative notes, even though current immunization ratesin Africa have climbed to near 75 percent, it will require much more “awareness, accessibility, and availability” to reach and protect the last 25 percent.

But how do health providers know which of the three A’s matter most, and in which areas? Data. Or, more precisely, better data that will inform better health decisions, and so produce better health. Once that better data is on hand, there must also be better ways found to share and manage it. This is the portion of the mHealth equation in Tanzania that MEDIC researchers at Mohawk set themselves to solve.

INTEROPERABILITY: ALL TOGETHER NOW

Tanzania is perhaps the paradigm case for eHealth in Africa, says Justin Fyfe, the Software Architect at Mohawk College who was lead on the Tanzania project. “Although network readiness lags in Tanzania, the eHealth project will look ahead, to take some advantage of the rapid convergence of information and communications technology.”

“Our work was to create an electronic immunization registry in Tanzania. The registry had to operate within the OpenHIE framework [Open Health Information Exchange, a set of freely agreed-upon specifications within the international eHealth community on how to share and collaborate with data]. That meant we had to use global standards and open-source solutions, and be prepared to interoperate with many other health programs and systems,” said Fyfe, as he listed the requirements and challenges set out for MEDIC. “The framework we create for the immunization program must be designed to work reliably with other programs ... for Malaria, HIV, TB, family planning.”

“Vaccines are a medicine. They have to be timed right, given in a proper sequence, and follow a schedule to be effective.”

The interoperability requirements in Tanzania are very broad, Fyfe goes on to explain. The registry has to work with paper records that move by motorbike courier between remote villages, millions of vaccination cards that remain with the parents of children, migrations and emergencies, and also manage stocks of medical supplies.

The national goal is to register all children from birth -- and there are more than two million births every year in Tanzania -- and follow each child so that all required vaccines are given on schedule. “Vaccination is not immunization,” Fyfe points out. “Vaccines are a medicine. They have to be timed right, given in a proper sequence, and follow a schedule to be effective.”

Where there is electricity and large numbers of patients -- in the cities, or district health centres --vaccinations can be registered with a computer or tablet. In remote areas, with no or only erratic electrical supply, registration can be done with ‘bubble paper.’ Vaccination and other health information is recorded as filled-in circles on standard forms, and the data captured via scans with mobile phones or simple devices -- the data simply and efficiently made acceptable by the larger electronic system. Each child is assigned a record with a barcode on the paper registry.

All the data must converge, says Fyfe, in a way that children can be included and followed accurately in the national immunization registry, and critical data can flow back to front-line workers and facilities to keep vaccines on schedule and coverage complete.

MEDIC worked quickly: only a few months after the kickoff meeting in mid-January 2015, the registry prototype began trials at selected locations in June in the Arusha Region in northern Tanzania. With tweaks from trial users incorporated, the registry will be rolled out to all 253 health facilities in the region throughout this year and into early 2016.

STANDARDS ARE NOT FUN

As MEDIC Director Duane Bender points out, “there were 124 requirements set out by PATH when it asked for software development services to create the Tanzanian immunization registry. It had to be easy to use in a ‘low-resource’ environment where data entry might be done via paper forms or mobile phones, yet also be accurate enough and robust enough to safely and efficiently manage the routine immunization of the approximately two million children born every year.”

It was the kind of challenge that software architects call ‘fun.’ Less fun, says Bender, is that the work had to be “disciplined” to use standards and open-source software already in operation. Where resources are scarce, system and software investments previously made have to be preserved.

But there is also a need to avoid ‘lock-in’ dependency on a particular product or vendor, Bender says, which might frustrate development of the ‘best’ software architecture or system solution. He adds, that it is in these environments that MEDIC excels, with its “teaming, tooling, testing and training” approach.

MEDIC works not just on the machine-readable instructions that direct computers, but on all the challenges -- technical, regulatory, or institutional -- that might constrain development of digital products or services. As Bender puts it: “We add team strength to projects with expertise in architecture and design. We test and detect problems to reduce time, cost, and risk -- the Tanzanian registry was test run with five million records and 80 simultaneous points of access. We form specialized knowledge into practical, tangible, and scalable tools. And we train. We are, after all, an educational institution. Our product is our capability, and our students.”

Paul Brown is Research Project Manager (Software) of iDeaWORKS, the research and innovation department of Mohawk College, but he introduces himself to a visitor as “chief cat herder” of Room E103, the MEDIC collaboration workspace- reflecting the common belief that “Managing programmers is like herding cats.”

This article was originally published in the 2015 volume of Quanta, Mohawk College’s annual celebration of research and innovation.

Author Andrea Johnson is Promotions and Industry Liaison Officer for iDeaWORKS and the editor of Quanta.

Data is the new immunity