Get Out. Hide. Fight. 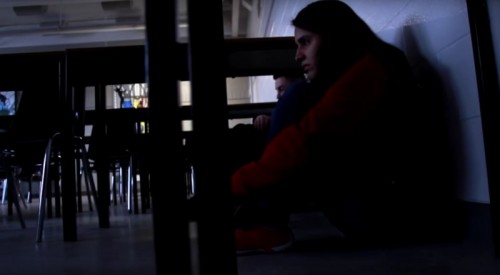 Acts of violence and threats to campus safety are very rare in Canada but making sure people know what to do if the unthinkable happens is high on the list of priorities for people like Cathy O’Donnell, Director of Security Services at Mohawk College.

“Nothing is more important than the health and well-being of students, employees and visitors to our campus,” says O’Donnell. “It’s important to be prepared for the worst-case scenario.”

Mohawk regularly reviews its policies, plans and procedures for responding to emergencies such as lockdowns and campus evacuations and makes changes based on current best practices, O’Donnell explained. The practices are based on real emergencies and are developed in close consultation with law enforcement and emergency services.

After reviewing its plans and procedures in 2016, Mohawk became one of the first colleges in Ontario to adopt a new protocol for responding to threats on campus. Under the new protocol, which is supported by the Hamilton Police Service, students, employees and visitors are told to Get Out, Hide or Fight when faced with a threat to their life on campus.

The first two aren’t new. College and universities have been telling people to run away or find shelter in a safe place for years.

“Obviously this would be a personal decision. It would be a situation in which you are left with no other option.”

“The biggest change is the addition of the word ‘Fight’,” said O’Donnell. “Fighting is a last resort. If you can’t get out of the area or find a place to hide, then you may have to fight.

“Obviously this would be a personal decision,” she added. “It would be a situation in which you are left with no other option.”

How someone would respond in a situation like an active shooter will depend on the person, says O’Donnell. The protocol and the awareness campaign that goes with it is just to remind them that they do have options.

Every semester at Mohawk starts with an education campaign on what to do if there is an active threat on campus, explains O’Donnell. The campaign includes a test of the college’s emergency notification service, called SAM (Security Alert Messenger).

Once activated by security, the system blasts out a pre-determined message via social media, websites, email, computer monitors and text messages, for those who have subscribed, alerting them to an emergency on campus. The system is also used to let people know when the campus is closed due to bad weather or for other reasons such as power outages. Many colleges and universities use similar services, says O’Donnell. It’s part of the college’s commitment to maintaining a safe and secure learning and work environment.

Mohawk has also produced an in-house video on what to do if there’s active threat on campus. The six-minute long video opens with an introduction from Hamilton Police Services and depicts what might happen if there was an active shooter on campus. The video was produced and shot entirely in-house using staff and students as actors.

Get Out. Hide. Fight.