In the news, making news

Mohawk students made the news on April 27.

They wrote, photographed and designed a sponsored section, called Hamilton Unstoppable, in The Toronto Star on that day – literally making the news. The sponsored section can also be found on The Hamilton Spectator website, in the community section.

Students from the college’s Journalism, Photography and Graphic Design programs partnered with Torstar Corporation, owner of The Spec and The Star, to create the special section to promote home ownership in Hamilton. The section was included in 75,000 copies of The Star and delivered in targeted areas of Toronto. The team worked, through the Agency, with local advertisers and Hamilton Economic Development Office to produce the publication.

The team was able to be at the printing plant when their work was coming off the press. 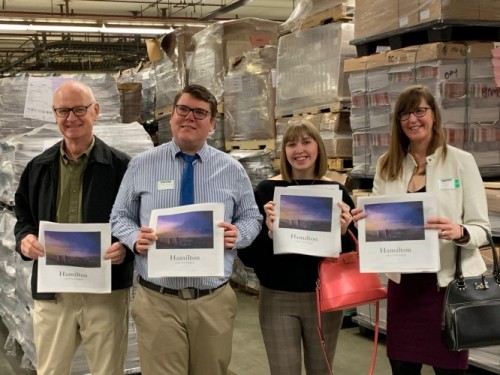 In the news, making news
Newsroom