INTERNET OF THINGS AND INDUSTRY 4.0 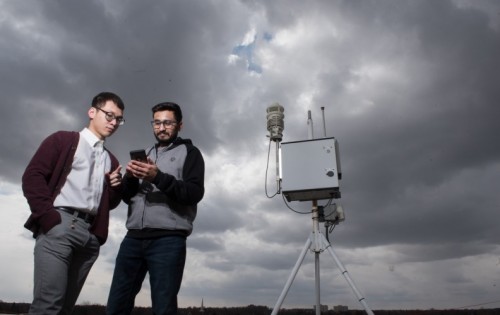 “These sensors have some intelligence and can do some of their own thinking. That is a big shift for industry. And if an assembly line is intelligent, what happens to a product depends on the product itself.”

Smart factories constantly crunch vast amounts of complex data in the cloud, adjusting for optimization, identifying bottlenecks and anticipating failures before they happen.

“Big multinationals are on their way to being worldclass smart factories, but smaller factories are far behind. That’s where Mohawk wants to be: the college that can help small manufacturers become smart and join Industry 4.0.”

“We are developing our capabilities with the idea that Mohawk will be a leader in the ramp-up of Industry 4.0,” said Miltenburg. “The big players see a commercial opportunity in smart factories, but they need us to help the smaller players adopt the technology.”

INTERNET OF THINGS AND INDUSTRY 4.0
Newsroom