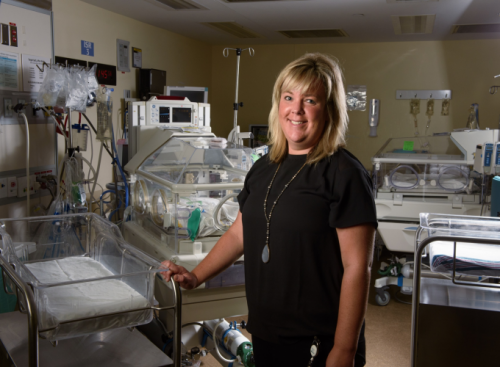 Karen Beattie knew there was a way to prepare parents for what to expect in the neo-natal intensive care unit (NICU). She had been in their shoes with her son Freddy, who was born at almost 29 weeks, weighing just 830 grams. Freddy spent 87 days in McMaster‘s NICU four years ago and is now a feisty, active little boy.

“It was a frightening and overwhelming environment,“ said Beattie, a Director of Research in Rheumatology and an Associate Professor at McMaster. She shared her story with a group of Mohawk software development students who began the work of developing an app geared to NICU parents.

Freddy started in Level 3, where the most critical babies are cared for, before advancing to Level 2.

“It was busy and noisy, especially in Level 2. The first time my husband went there, he didn‘t want to go back.“

Emotional parents are given a lot of information from a range of health care professionals, said Beattie. “For me, it was all a blur.“

Parents who don‘t speak English as a first language or have different levels of education would face even more challenges, she said. “It is so scary and intimidating. If the app can make it easier, that‘s a whole lot better for families.“

The yet-to-be-named app allows parents to document and track information, link to helpful resources and frequently asked questions, track NICU educational events and explore pictures and explanations of the equipment and procedures found in the NICU.

”The partnership with Mohawk has been a really rewarding experience... We often have nursing students in the NICU or respiratory therapy students but this opened our eyes to the chance to tap into other students.” 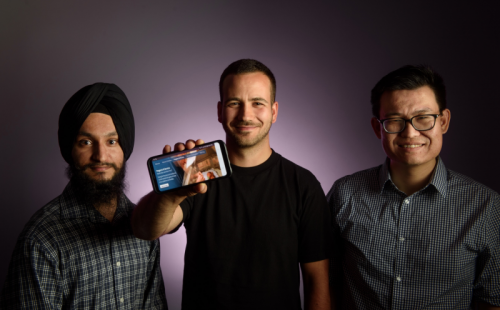 “They could access the information before their baby is in the NICU. That would have been very reassuring for me ahead of time,“ said Beattie.

For two-and-a-half years, Beattie has served as a volunteer parent advisor to the NICU team and has helped enact a number of projects aimed at improving the family experience. One of the ideas was the app. Clinical educator Maddie White took the idea to John Parker who reached out to his connections at Mohawk.

“The partnership with Mohawk has been a really rewarding experience,“ said White, a graduate of the Mohawk-McMaster Bachelor of Science in Nursing program. “We often have nursing students in the NICU or respiratory therapy students but this opened our eyes to the chance to tap into other students.“

Mohawk‘s software development students listened to parents and staff to understand what was needed and then built and tested an app that would work within the hospital‘s IT environment. It can be modified to adapt to changing technology.

The first group of Mohawk students who built the foundation for the app are now graduated and a second cohort will finish it this year. Professor Joe Varrasso, who oversees the third-year Software Engineering Project course, says it‘s an innovative, humanitarian app and he‘s grateful the graduating students “have generously allowed us to use their work and continue with the project.“

Former software development student Gurpreet Punj, who worked on the app with four others, says it was “inspiring“ to learn about the human need for the app. “It really got us motivated.“

“That we could make something that would benefit sick babies and their parents feels amazing,“ added Wanming Hu