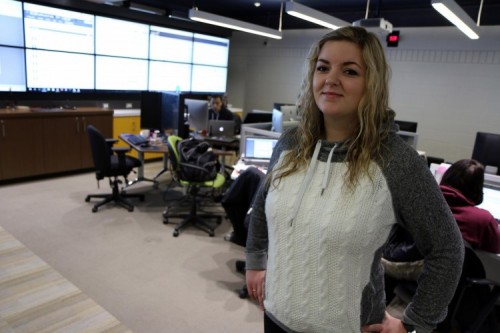 When you’re living in an age that is notorious for its dependence on smartphones and new technology- and where we face criticism for this dependency it’s often difficult to see the positive side of our reliance of technology. Every day, we are changing and modifying how we live our lives thanks to new apps and electronic devices that help us with banking, checking the weather and most recently, keeping up to date on our health.

Mobile health, or mHealth as it is also known, is having a big effect on how we, as consumers, track our own health - and its affecting the industry immensely. From wearable devices such as Fitbits, and smartphone tools such as Apple’s “Health “ application, keeping track of your health while has become easier than ever.

Michael Shreve, the director of Health Information Systems at the MedicAlert Foundation of Canada, believes that mobile health is going to have a dramatic effect on how healthcare is delivered.

“Right now, mobile health applications are consumer centric tools to help individuals track or monitor their health,” says Shreve. “Wearables tracking devices are provided by some advanced healthcare settings to track outpatient or post-op health. Over time devices and applications wlll merge and will be able to provide both the individual and or their caregiver instant access to their current state of health.”

“Wearables have greatly increased the ability to capture diagnostic information, and as smartphones evolve, many of these sensors will become standard features of newer phones.”

“MedicAlert believes that first responders can deliver better and quicker care if they know the health concerns of the individual. This application will allow MedicAlert to provide first responders with easier and simpler access to our member information.”

The MedicAlert Foundation is a Canadian charity that maintains over one million Canadian health records for first responders. In 2015, Mohawk College’s mHealth & eHealth Development and Innovation Centre (MEDIC) worked with the MedicAlert Foundation of Canada to create an app, available for iPhones and Android, which pushes boundaries in the field of mobile health. Intended for first responders in the field, the app allows them easy access to MedicAlert member information.

Shreve says that the application will have a positive impact on the way first responders handle patients while in the field, with a few quick clicks paramedics will be able to see the Member’s full record,

“MedicAlert believes that first responders can deliver better and quicker care if they know the health concerns of the individual. This application will allow MedicAlert to provide first responders with easier and simpler access to our member information.”

Currently, the information is only available via the 24/7 MedicAlert telephone hotline, where trained professionals have access to over a million electronic health records. With the introduction to the new app, paramedics can access the information on their device instead of having to listen to an operator and take notes.

The app is different from other healthcare applications because of its efficiency in delivering MedicAlert’s member’s information to first responders.

“There are other applications that collect and display medical records for both the patient and first responders,” states Shreve. “However, our application is focused soley on the needs of first responders who are providing emergency care, and will be rolled out to paramedics as a view-only tool.”

Working with Shreve on the project was Tara Oskam, an Advanced Diploma Software Development student at Mohawk College and a co-op student at MEDIC.

She considers the way the app was designed as a very important feature.

“We used high contrast colours so the application was easy to read and large buttons because paramedics generally wear gloves. Also, everything is accessible within two or three button clicks, because when you’re in an emergency you want to act quickly.”

“Great care was taken with the user experience design to ensure that paramedics would find the interface intuitive and easy to use,” says Shreve. “Patient information is organized for them by importance, and visual clues are given to let them know whether or not a patient has allergies, medications or special needs.”

According to Oskam, this app is a phenomenal example of how mHealth is beginning to affect the world of digital health and health care.

“Let’s say someone is incoherent and couldn’t tell paramedics what their allergies are, but are severely allergic to a certain pain medication, now the paramedic would know that and wouldn’t administer it on the way to the hospital,” explains Oskam.

“That could save someone’s life.”

But what exactly does the future of mHealth hold? It has already begun to changed the world of healthcare, and according to Shreve, will continue to do so exponentially over the next several years..

“mHealth will enable a dramatic shift in how healthcare will be delivered in the future,” says Shreve.

“Think doctor in your pocket.”

Blake Mancini is final year student in Mohawk College’s Journalism program. He is completing his internship with iDeaWORKS, Mohawk’s department of applied research and innovation.