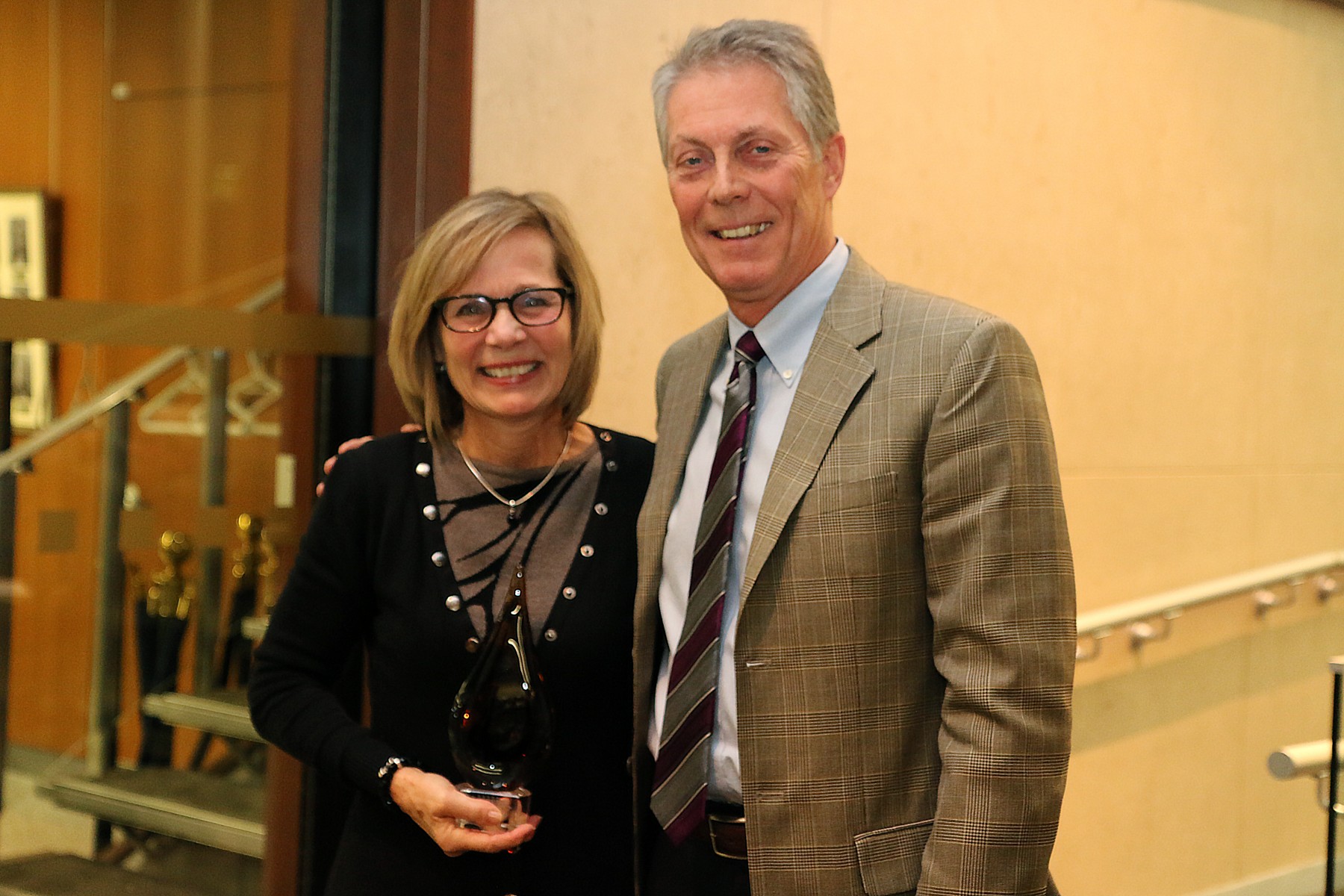 Hamilton Mayor Fred Eisenberger presented Mohawk's Dean of Students Rachel Matthews with an AODA 10th Anniversary Champion Award at last night's city council meeting. The Champion Award recognizes individuals who have demonstrated leadership in accessibility and disability issues, and show passion and commitment in building awareness of accessibility and inclusiveness in the community. The award was introduced this year to commemorate the 10th anniversary of the Accessibility for Ontarians with Disabilities Act (AODA). The Act aims to improve opportunities for persons with disabilities and encourage them to become involved in the identification, removal and prevention of barriers in the province. Matthews has championed Mohawk's own AODA efforts for the last several years and has been a driving force in the many improvements and enhancements that have been made to the campus.