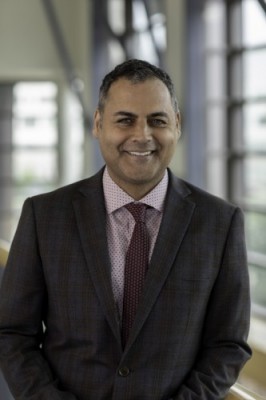 Mohawk College is pleased to announce the appointment of Kurt Muller as Dean, McKeil School of Business, Media and Entertainment.

Kurt joined Mohawk in 2004 as a professor in the college’s Journalism program. He served as Coordinator of the program for a number of years before being appointed Associate Dean, Media and Entertainment in 2015. Prior to joining Mohawk, Kurt worked as a journalist for a number of CTV affiliates including CTV Newsnet, CTV News.com and CTV National News.

A collaborative leader and respected team player, Kurt was instrumental in the development of Mohawk’s new Accessible Media Production program. He also spearheaded an initiative to make the Journalism program more accessible to people with disabilities.

Kurt started in his new role at the beginning of August.

“Kurt’s passion, commitment and dedication to students, learning and innovation will ensure the McKeil School of Business, Media and Entertainment will continue to develop graduates who are highly skilled and future ready.”