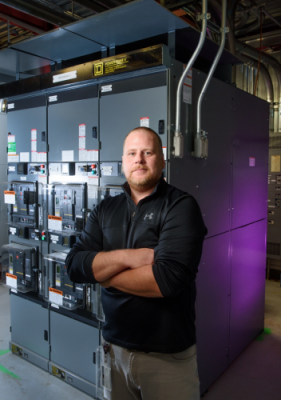 Mohawk College will renew its central plant heating system at the Fennell Campus to significantly move the needle on the realization of its ambitious plan to reduce greenhouse gas (GHG) emissions.

The system generates hot water, which is distributed via the campus district energy network and used for building heating and hot water. Heating water through burning of natural gas accounts for close to 100 per cent of Mohawk‘s annual direct carbon footprint and utility budget. Mohawk is targeting a 10 per cent reduction in direct GHG emissions by renewing the campus-wide heating system.

Mohawk‘s new plant design also includes a proposed electric boiler that would allow better matching of supply of heated water with the demand for heat, and dynamic switching between electrical and gas fuel sources.

Battery storage will allow for charging during the evening, when electrical rates are lower, or over the weekend, when surplus solargenerated power is available. That energy will offset the campus‘s daytime electrical demand, saving a projected $250,000 in utility costs.

“The integration of the new central plant boilers, battery storage and control system with The Joyce Centre for Partnership & Innovation solar photovoltaic and the proposed electric boiler will serve as a living lab that will allow our students, academics and operations staff to better understand the relationships between fuel type usage, system efficiencies and greenhouse gas reduction,“ said Tony Cupido, Chief Building & Facilities Officer.

The college has been a leader in campus sustainability since its first environmental management plan in 2007. A new Environmental Management Plan (EMP) is under development but Mohawk is committed to a minimum reduction of 80 per cent (11,000 tonnes) in direct GHG emissions by 2050.