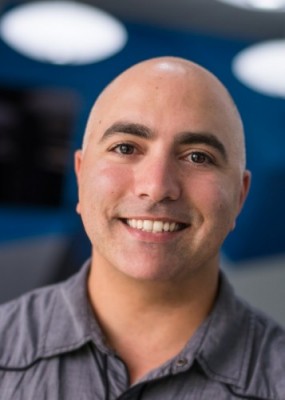 Congratulations to Mohawk's own Jad Saliba, recipient of the 2018 Premier's Award for Technology. The award was announced at last night's Premier's Award Gala in Toronto. The annual Premier's Awards for College Graduates recognizes college graduates across seven categories who have made outstanding social and economic contributions to society.

Jad graduated from Mohawk's Computer Science and Network Security program in 2001. Driven by a desire to combat terrorism and child exploitation as a police officer investigating high-tech crimes, Jad used his college education to build Magnet Forensics, a global leader in the recovery of digital evidence. Jad developed software that is now used by more than 4,000 organizations in more than 90 countries in investigations of crimes such as child exploitation, human trafficking, terrorism and fraud. His software has been used in high-profile prosecutions, including that of the Boston Marathon bomber, and he is a renowned expert in his field.

"Ontario's colleges are producing talented graduates with the knowledge, skills and experience to support our growing economy, and our government is committed to helping skilled workers and apprentices find employment," said Premier Doug Ford. "I'm honoured to recognize just a few of these talented and innovative leaders with a Premier's Award for the impact of their work here at home and around the world."

Jad was one of eight college grads honoured at last night's awards ceremony. The complete list is available on the Ministry of Training, Colleges and Universities website: https://news.ontario.ca/maesd/en/2018/11/2018-premiers-awards-recognize-outstanding-ontario-college-graduates.html.

In total, 118 college graduates were nominated for this year's awards, including the following six Mohawk alumni: